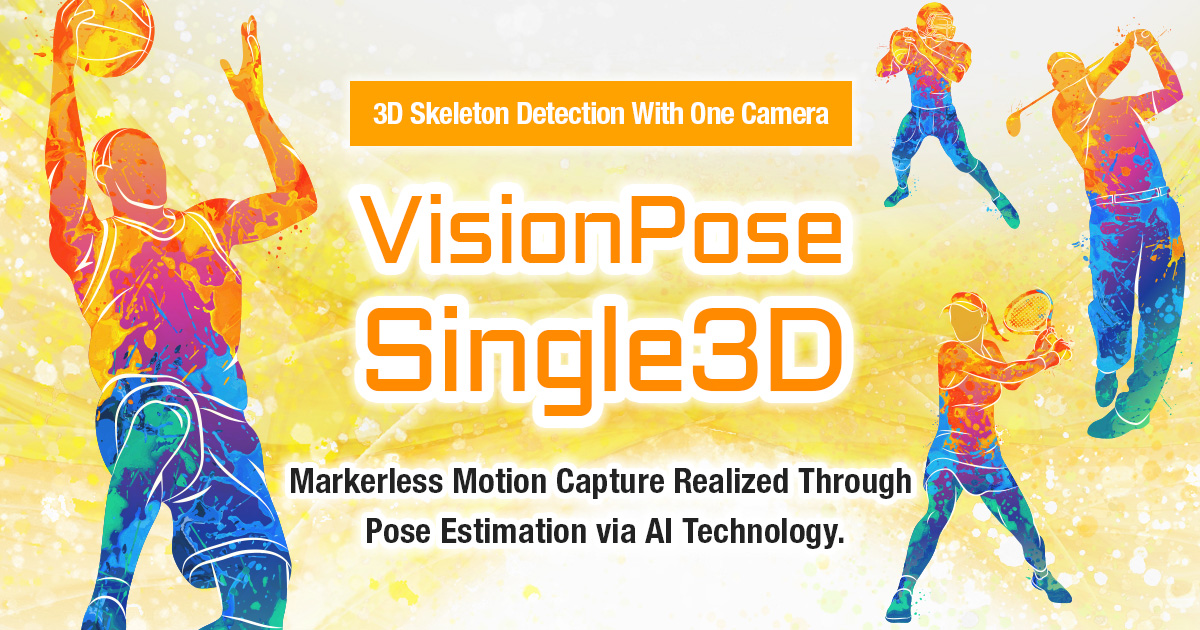 VisionPose is an AI pose estimation engine that detects human skeleton information on real-time videostream, still images and videos, without the need for markers or special equipment. The AI detects skeletal information of up to 30 keypoints of the human body, such as the knees, shoulders or nose. The SDK is bundled with two ready-to-use applications, and there are no usage restrictions. VisionPose Standard has been released for Windows C#, Windows C++ and Linux, and VisionPose Single3D for Windows Unity as of today.

Here is a short video of what VisionPose looks like and how it can be used:

And here is a free demo website for testing out pose estimation with VisionPose for images: Free VisionPose AI Pose Estimation Demo

This SDK is part of the VisionPose series and makes it possible to perform human pose estimation in 2D and 3D by using only one camera. This makes it easier to utilize the system for game development and VR/AR development. The AI is capable of detecting up to 30 keypoints of the human body in 2D, and up to 17 keypoints in 3D. The SDK comes bundled with a sample application for full-body real-time motion capture, “BodyAndColor with MICHICO”, and an analysis tool for video and still image, "VP Analyzer for Single3D", both for immediate use after activation of the SDK. 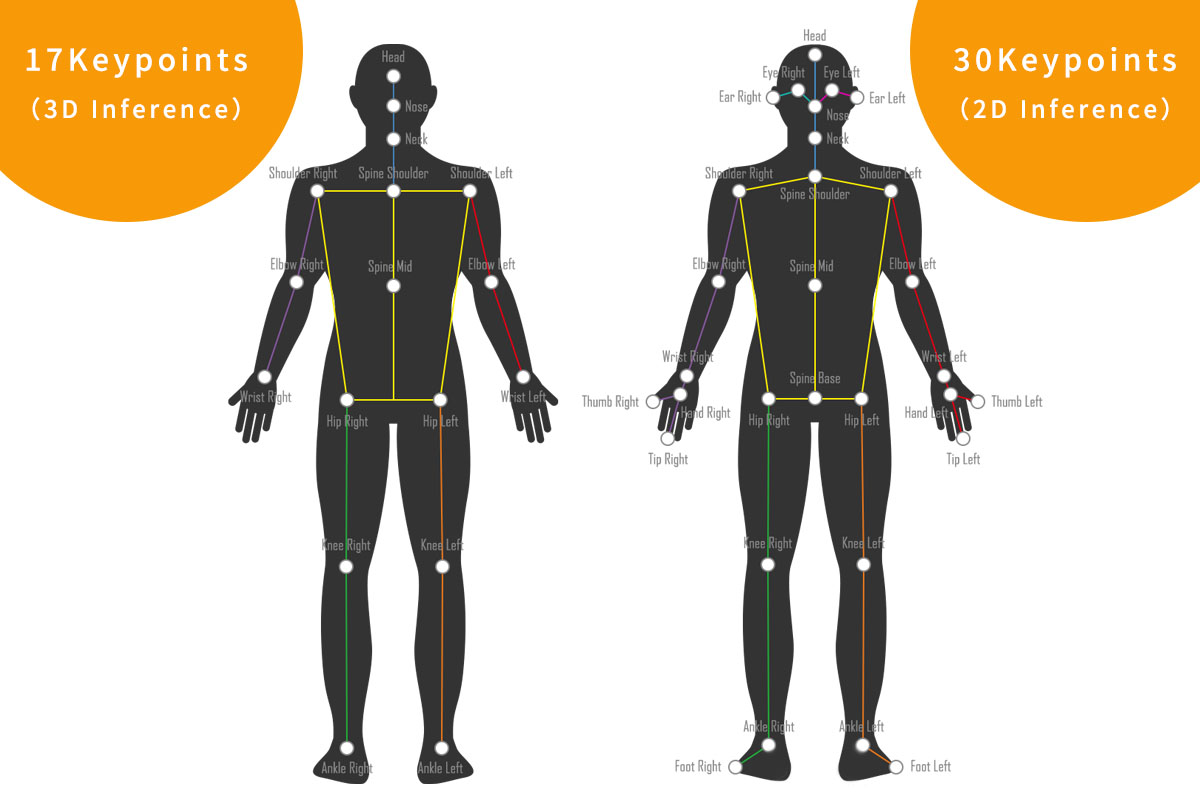 VisionPose detects up to 30 keypoints of the human body in 2D, and 17 keypoints in 3D.

It is usually necessary to use multiple cameras, devices or markers attached to the human body to perform motion capture, but with this app, body movements can be easily reflected onto a 3DCG character without any special equipment. But this sample application automatically detects and tracks a person's skeletal structure in real-time from camera images and transfers the movements onto an original 3DCG character named “MICHICO”.

Here is a short video showing what “BodyAndColor with MICHICO” looks like:

Here is a short video showing what “VP Analyzer for Single3D” looks like:

“We are delighted to finally announce the global launch of VisionPose Single3D for Windows Unity. Included in the SDK is the sample application "BodyAndColor with MICHICO", which makes Unity-based application development utilizing VisionPose possible. Our VisionPose SDK is in use by more than 250 clients and companies inside of Japan, including Toyota Motor Corporation and Honda Motor Co., Ltd. We hope that it will be utilized by various clients around the world, and that it will be of great use to them.”

With a wide range of application fields, such as motion analysis in sports and fitness, workflow analysis and hazard detection in factories, safety surveillance in child- and nursing care, motion caption in entertainment and gaming, VisionPose is currently used by a total of 250 clients, including several major Japanese companies.
Representative examples are Toyota Motor Corporation's robot “Welwalk WW-2000”, which utilizes VisionPose to assist rehabilitation of lower limbs that were paralyzed by strokes or other injuries, the “Avex Street Dance Exam” App of Avex Management Inc., which performs score evaluation of dance skills through video analysis with the help of VisionPose, and NEC Solution Innovators, Ltd.’s face recognition packaged software “NeoFace KAOATO”, for which VisionPose improved accuracy of authentication and anti-spoofing functions.

NEXT-SYSTEM is a technology company founded in Japan, Fukuoka City in 2002, and since then has been focused on the research of behavior analysis through AI technology, ergonomic system development and development of cutting-edge systems, such as xR (AR/VR/MR), and the development and sales of their Pose Estimation AI Engine "VisionPose" and AR Signage System "Kinesys".