VP-Motion uses skeletal analysis to identify the behavior of a person. The system can help to spot accidents, for example a person falling down or having a seizure, as well as monitor routine workflows in factories, by for example detecting behavior that differs from routines, and it can also help to detect suspicious behavior, such as shoplifting. The system is user-trainable, which means the user can train it to detect behavior they would like to detect, and thus customize it for their own needs.

The system is currently under development. A global release is planned for the near future.

↑ Here is a short introduction video of VP-Motion. 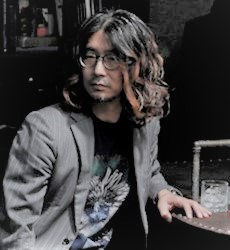 Mr. Yukihiro Kimura is Director of NEXT-SYSTEM, and Chief/General Manager of our Tokyo Office.
After working as an engineer in the development of public/financial/communication/defense systems etc.,
he moved into producing xR (AR, VR, MR) systems and N.U.I. (Natural User Interface) systems.